I am a guitarist, composer, and producer from Cyprus. My music journey officially started at the age of 12 by forming my dream band and performing more than 70 gigs including festivals, charity concerts, and competitions (in 2014 I got awarded first place in best instrument performance) until I graduated from high school.

I have been active in the UK for the last 5 years due to my education in BSc Music and Sound Technology (University of Portsmouth), MA in Composition (University of Sheffield), and currently at the University of the Arts London working under Adam Stanovic for my Ph.D. topic: FUSION: A CRITICAL AND COMPOSITIONAL INVESTIGATION OF METHODS FOR ELECTROACOUSTIC AND METAL HYBRIDISATION.

My main mission with my music is to talk about social, political, and philosophical matters interestingly to invite the listeners into reflecting on the topics. I am interested in hybridizing ideas and conventions in music to create something new and exciting.

My music has been presented numerous times on Cypriot national televisions and radio and got awarded first in Best Music Video on the Top 5 Music Videos programme. 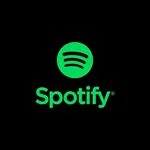 (2018, December) Composing of the whole piece, performing solo and rhythm guitars, bass guitar, keyboard and Baglama-saz parts and recording of these parts have been done by me.

The drums were played by Eran Ekiz

(2017, July) Composing of the whole parts, performing solo and rhythm guitars, bass guitar, keyboard and vocals have been done by me.